Rio is almost two years old—he is going to get a big birthday bash - Let's see, I think we will invite... River, Sierra, Hannah, and the two new girls, Aspen and Jessie. Oh, but I can't forget Boon and Sophie the two Great Pyranese (even though Boon drools!)

They probably would like a nice big Liver and Chicken Cake! Does'nt that sound mmmmm! To go with it - some nice fresh warm Goats Milk! Now that makes it a party! Hey, may as well invite the goats!

You know what? Rio is turning out just unbelievably awesome. He is my dearest canine friend and his soul is knit with mine for sure. He knows what I want him to do just by looking at my face!

He is sooooo good with the puppies. He rolls over on his back and let's them stretch his ears and pluck his tail and he smiles the whole while. When Rio has had enough he just gets up and goes to higher ground where they can't reach him, but if they whine long enough, he will get this "oh shucks" look on his face and come down again for another puppy torment session.

What a dream boy Rio is—I can't tell you how much I have learned about being a better person because of him. 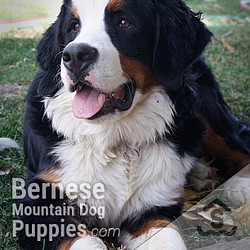 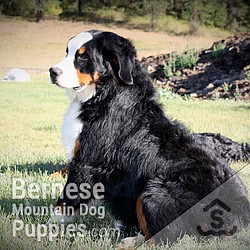