Spanky And His Gang Plotting 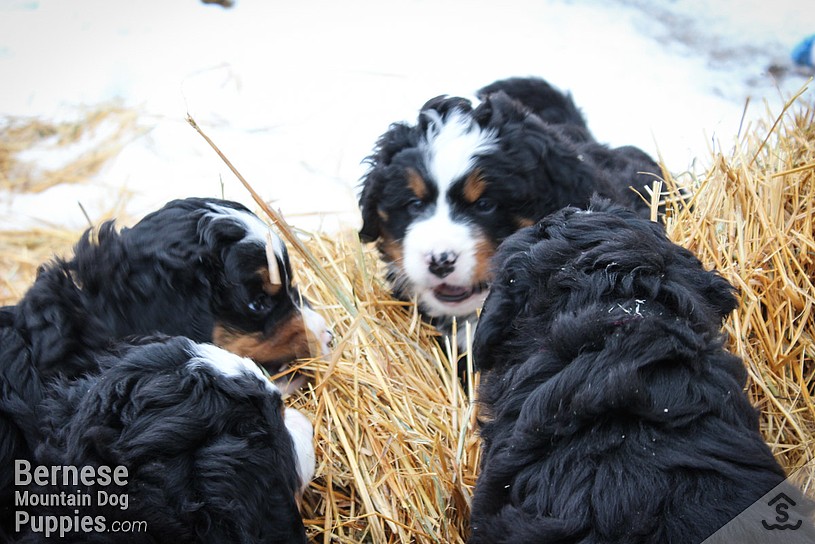 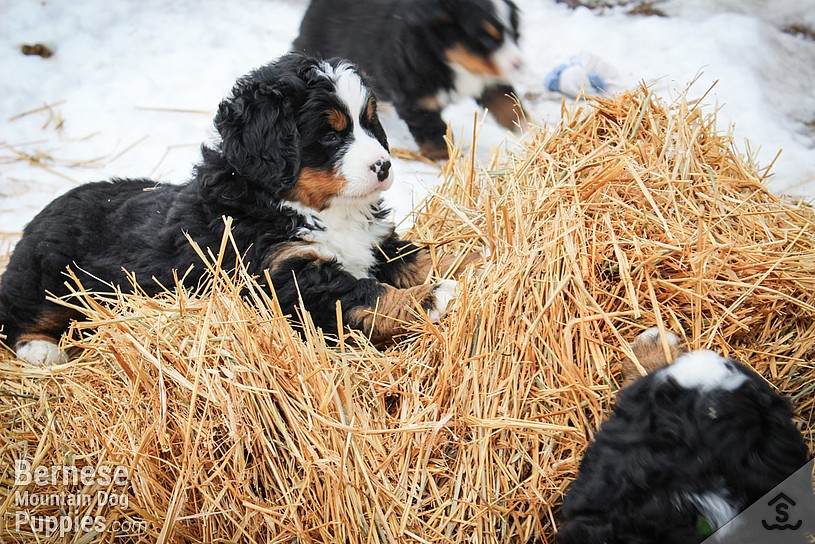 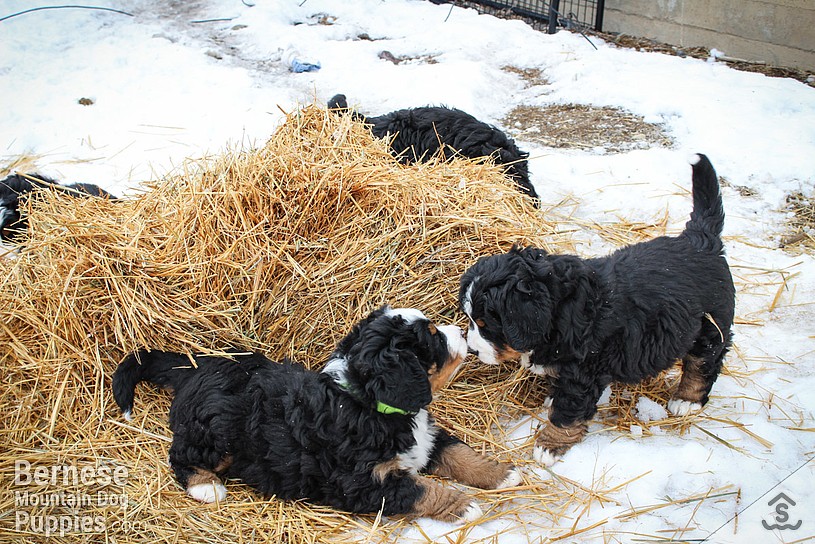 We are playing and spending a lot of time with the puppies these days as they require our full attention at this age. I like to take them outside their heated barn room to play in the snow when they are about six weeks old as they can stand the cold temperatures for short periods of time by then.

Yesterday when I was playing with them, I got a bale of straw for them to play with so they could get off the snow if they wanted and I knew they would like playing with it. I also like to introduce new textures and play things for them each day. They were rolling and playing and having such a grand time with the straw. I was snapping photos to share with others when four of them jumped up on the bale with their front paws and the fifth puppy was on his way up when I caught this photo (see the circle of puppies photo). I think it is the funniest photo of them!

To me, knowing their personalities such as I do, it looks like this:

The one puppy is saying to the other puppies... "Ok, here's how the plan goes. You go under the barn Blue, Pink will back you up—when you see the red hen cock her head and look at you, move fast! because she is going to warn the speckled hen with all the eggs that we are coming... and we will never get an egg that way!!" Kind of a Puppy Pack—Spanky and His Gang rendition.

It just cracks me up so much watching all the personality plus antics our bernese mountain dog puppies come up with.  Hope you enjoy them too! 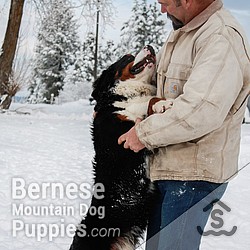 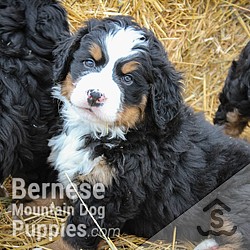